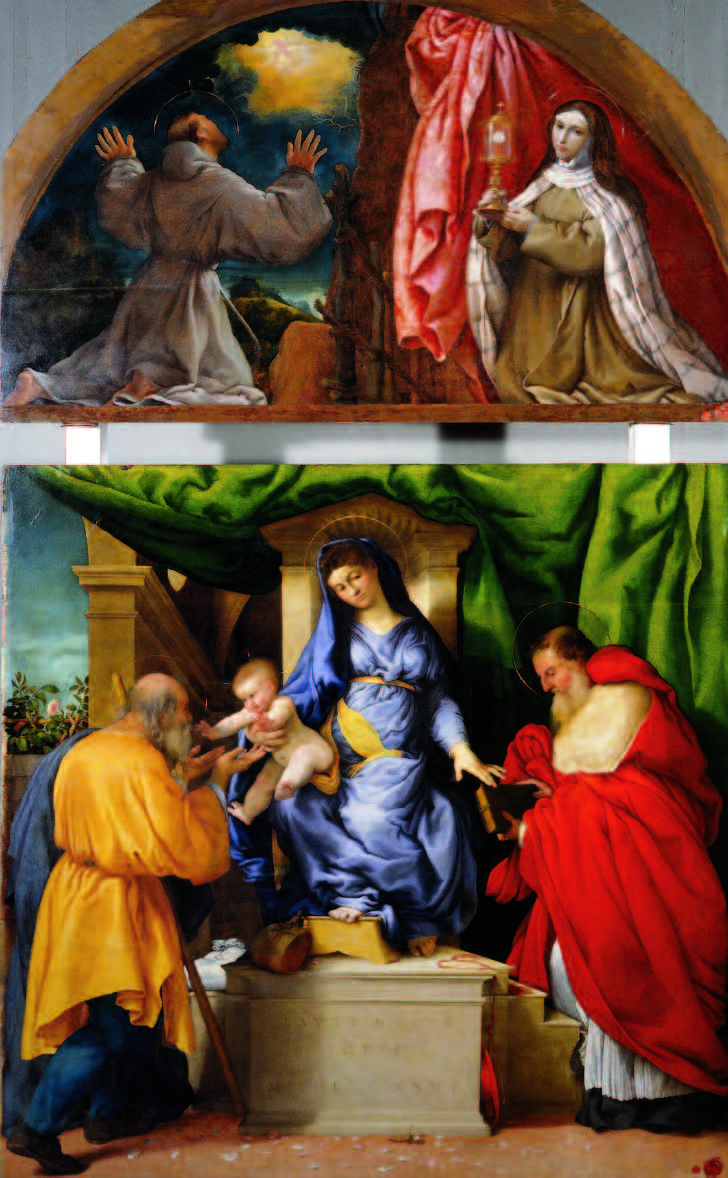 The painting is wrapped up in a circuit of affection and a vibrating motion, which is passed on by contact, connects the characters. The main transition is expressed by the Virgin, who with her right hand, holds with difficulty, the Child’s liveliness and with her left separates herself from the Scripture where the fate of Jesus' death is already determined. Within a traditional composition, the strength of iconographic innovations is extraordinarily important. The painting’s conceptual core lies in its dialectical opposition between two different ways of relating to the aspects of religion: Joseph receives the loving embrace of his son and Jerome has to interpret time, which ended. A duality is also underlined by the theme of the lunette where St. Francis and St. Clare appear in symmetrical positions and in a dialectical contrast. The Saint has his back turned to a night landscape illuminated by a light which is metaphysically consistent, from which the miracle of the stigmata enacts. Clare, on the other hand, is facing the observer in the act of offering the monstrance as a tool for meditation and devotion. 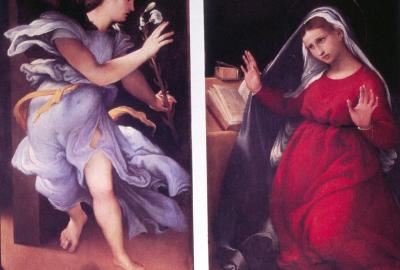 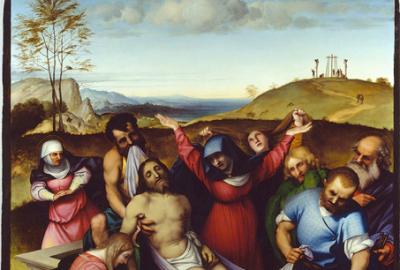 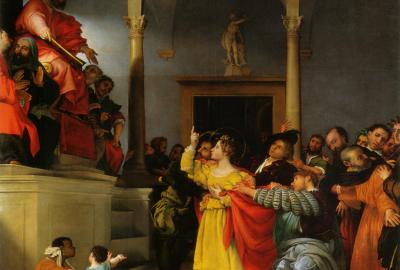 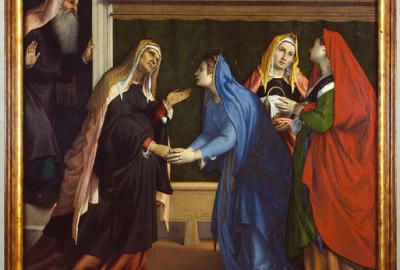